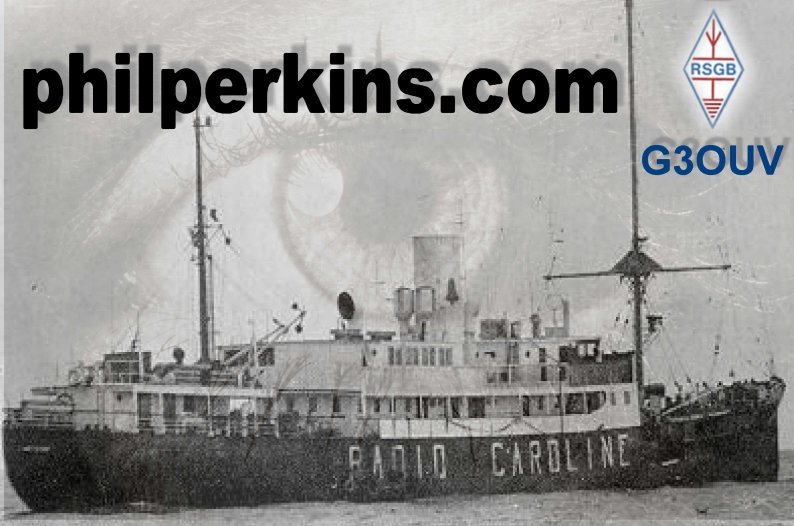 Thanks to Ross Dean - a piccy of the long, distant past tells you what I used to do. Was it madness, or fun, or just another job? (it was fun pirating as NS1A)

Radio 4 mention on 6th July 2001? Yeh, yeh, yeh - me! Mind you, I don't know anyone old enough to qualify for Michael Rosen's challenge. The extract in MP3 (542,949 bytes)
I lost a dear friend of nearly 102 on Nov 30th 2013. As my friends will tell you, I have nothing but praise for our health service, especially after my life-saving operations at Wycombe General Hospital and Wexham Park Hospital. Unfortunately, Mrs Green was not so lucky. The full story is here, but please only visit it if you are prepared to be upset by some of the content.

If you are looking for anything to do with my visit to Pirate Radio Essex from the LV18 at Harwich on the 50th Anniversary of The Marine, &c., Broadcasting (Offences) Act 1967, on August 14th 2017 then please look at Waqas' site where you will find most of the programmes that were broadcast by Pirate BBC Essex and the dramatic scattering of the ashes of the late Dave Cash.

If you are looking for the comments on the Fair-Acre Planning Application , as sent to Wycombe District Council (April 2007) please CLICK HERE Please note that this Fair Acre document is currently sent on behalf of 44 Others in response to the Henry Homes Application to demolish Fair-Acre and build a minimal amount of housing. We consider that this is purely an application for Outline Planning which will be changed as soon as they gain ownership. We feel that is not in the interest of the present owner to sell at a much reduced price, should our presumption prove to be true.
To download the full comments exactly as sent to Wycombe District Council (in PDF format) CLICK HERE

Prostate Cancer - Die with it? Die of it? - or consult a top Surgeon - Click to decide 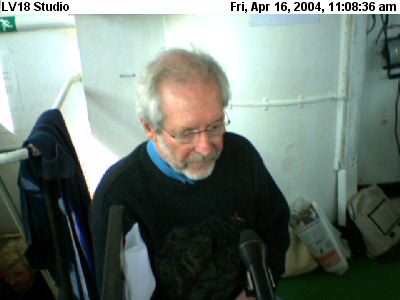 No-one ever believed that the BBC of all people could do such a thing. Download the complete interview of Duncan Johnson by the never ageing Dave Cash (MP3) This is a "music edited" version (107 minutes) of the last 3 hour Dave Cash Show on Friday 17th April 2004. (This file is 25Mb in size, but this site does support "resume" - Download time 8 minutes at 512K ADSL).

If 107 minutes is a bit too long to listen, then it is also available in FOUR tasty 25 minute portions

You will note that at the end of the interview there is an appeal by Duncan Johnson on behalf of the UK Parkinsons Disease Society.

And here is Hugh Sykes being interviewed on the BBC World Service at around 03:00 on 12 June 2021 by Owen Bennett-Jones.
Hugh Sykes: Reporting from the frontlines. Hugh Sykes has reported for the BBC since the 1970s and has travelled far and wide to witness some of the most significant events of our age. Here, in conversation with Owen Bennett-Jones, he discusses what some of those stories mean to him, and explains the journalistic values he applied to them. From the historic British coal miners strike of 1984-5 to the insurgency in Iraq, Sykes has faced down danger, surviving respectively an attack by angry strikers who threatened to throw him into a canal, and a roadside bomb. Yet he has always insisted on keeping his own feelings out of the story, in order to let his subjects communicate directly to listeners. Meanwhile, we hear too about his love of Iran, formed by years spent there as a child, about his preference for the medium of radio over television  and about how high spirits in the studio once nearly landed him in trouble with BBC bosses

Listen here to the report

Listen to this award winning report on the US treatment of Iraqi civilians in Occupied Iraq - with Hugh Sykes helping the BBC to win many Sony awards
The report above by Hugh Sykes goes back to 2004.

Here is one from him in Occupied Iraq in November 2006

And another one about Occupied Iraq in December 2006 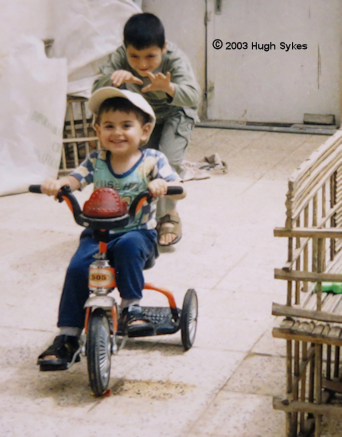 
Here's an interesting little snippet of BBC Radio 4 News that you will possibly never hear about again.

Can Anyone forget the atrocities in the 2009 Israeli massacre of Gaza? ...

If you missed "Baghdad Burning" on BBC Radio 4 Woman's Hour 18-22 December 2006,
this is a 1 hour 9 minute production of the everyday life of 'liberated' Iraqi Civilians TODAY

listen to the broadcast version of it here

Did you hear the programme on Radio 4 about the Numbers Stations?

If not, listen again NOW


Tracking the Lincolnshire Poacher - A wild journey to the outer limits of radio cryptography and espionage as Simon Fanshawe enters the clandestine world of shortwave Number stations. Are they the mad aural daubings of pirate DJs, an extraordinary and elaborate hoax or are they, as many believe, coded messages broadcast by intelligence services and governments to their agents in the field? See the proof here.

Did you miss the programme on Radio 4 about the 'good old days' of the Short Wave Jamming stations? This was originally broadcast on 15th August 2006 and repeated on 18th April 2007


Political Interference - Roger Bolton recalls a fierce but invisible battle waged in the skies above Eastern Europe for almost forty years. Soviet bloc radio engineers tried to jam radio signals coming from the West while their Western counterparts did their utmost to get the signals through. Roger talks to engineers from both sides and hears what happened when the jamming finally stopped.

Have you ever wondered if the National Archives will have problems with the government's change to using email instead of the old paper methods? This was broadcast on 4th July 2010 on Radio 4's Broadcasting House


Notes in the margin - I have purchased quite a few of the archives from the Offshore Radio days of the 60's from the National Archives. The most interesting feature is the number of notes that people have marked in the margins as well as their comments and opinions. I have wondered, for a long time, how the change to email and the use of "Post-Its" will affect the material that people see in 30 (or more) years time. Mark Dunton explains.

How can we have BBC Radio 4 without Charlotte Green?


Tribute from CBC Radio One "As it Happens" - Farewell (and a giggle) to BBC presenter Charlotte Green ...... BBC presenter Charlotte Green will be leaving the station at the end of the year. She's taking voluntary redundancy because of cuts. Ms. Green has been a regular on Radio 4 since the nineteen-seventies. She's famous for her husky, breathless voice and steadfast composure when reading the news. But for audiences outside the U.K., Ms Green is perhaps more famous for an instance when those characteristics failed her. From March 28th, 2008, here is BBC Radio 4 newsreader, Charlotte Green, losing her composure during the news. I had an operation on the previous day and I so much remember waking up and haring this on Radio 4. The other patients thought I had "lost it" as I just could not help laughing out loud. Copyright CBC/BBC 2012

The Wrexham and Shropshire, the best rail service in the UK will no longer be there
Congratulations to everyone who helped to achieve such service - RIP W & S

Catching the DB Schenker pulling (or actually pushing) the Wrexham and Shropshire towards Marylebone
on 4th November 2010 at 10:43 was a perfect bit of luck and timing.

The D B Schenker 59206 en route to Northolt on February 13th 2013
Taken and donated by "Senator Muskie" on the one single day that I was out! 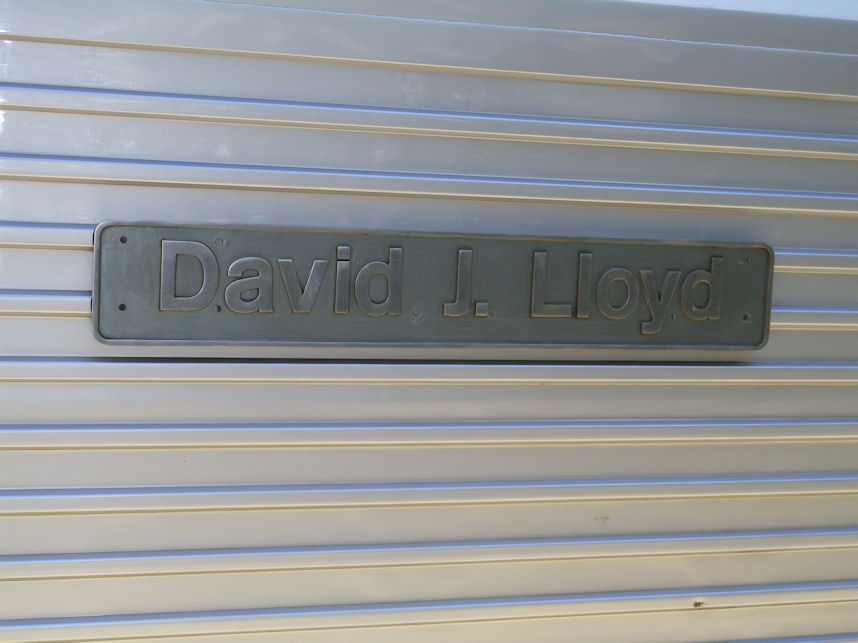